WASHINGTON -The competition for Readiness and Emergency Management for Schools (REMS) discretionary grants was particularly stiff this year in that more than 300 school districts applied, but only 98 were awarded funding. Because so many districts went after the $28.8 million set aside for these grants,Campus Safety asked Gary L. Sigrist Jr., who is the project director for the South-Western City Schools (SWCS) in Grove City, Ohio, how he was able to convince the grant application reviewers to choose his district two years in a row. 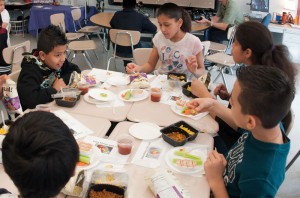 He says one significant reason why SWCS received its $300,560 grant this year was that he understood going into the application process that the 2010 proposal would need to address food defense.

“I was in a class last year and met people from the USDA, so I had them come out to our district and do a food surveillance,” Sigrist says. The inspector provided the district with a list of weaknesses SWCS should address. Sigrist was then able to include the list in his grant proposal and mention that the USDA had already conducted a food surveillance for his district. This demonstrated that SWCS had a need for the grant.

He, however, is also quick to point out that SWCS was awarded a REMS grant this year in large part because of the district’s success with an earlier REMS grant totaling nearly $250,000.

With its previous award, the district came in under budget, spent the money the way the U.S. Department of Education intended; and actually did more with the money than was originally planned. Some of the achievements that were beyond the scope of the REMS grant included developing memorandum of understanding, as well as obtaining a new 911 system and a new visitor identification system.

Although next year’s REMS grant recipients will be chosen from the more than 200 district applicants that didn’t receive funds this year, Sigrist says there are some best practices that any district can follow so it is successful in going after grants of all kinds. Some of these best practices include: