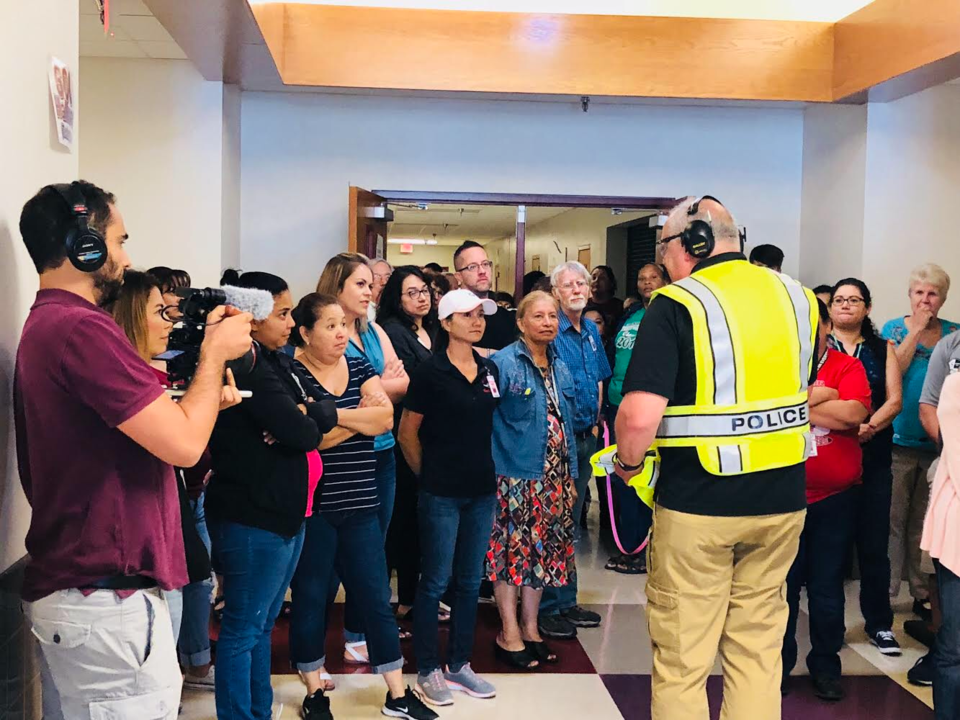 It is the policy of the U.S. Department of Homeland Security (DHS)/Federal Emergency Management Agency (FEMA) National Preparedness Directorate to ensure that every effort is made to provide a safe and secure environment during National Preparedness Directorate-sponsored exercises for its participants, observers/VIPs, control and evaluation staff members, volunteers, and the general public.*

Not every exercise we conduct is grant funded nor required to follow the guidelines of the Homeland Security Exercise and Evaluation Program (HSEEP). However, best practices are best practices so we always follow the guidelines of HSEEP, especially in regards to safety. When it comes to firearms in the exercise area, we establish multiple checks to ensure nothing is brought into the exercise area that could harm any participant engaged in the exercise. A weapon includes all firearms; knives; less-than-lethal weapons, tools, and devices; and any other object capable of causing bodily harm.

Qualified personnel who have legal authority to carry weapons (e.g., law enforcement, security, military) and who have an assigned exercise role (e.g., responder, tactical team) with the potential for interaction with other exercise participants (i.e., actor victims), will NOT carry a loaded weapon within the confines of the exercise play area. They may continue to carry their weapon only after it has been properly cleared and rendered safe (i.e., no ammunition in chamber, cylinder, breach, or magazines) and only after being marked or identified in a conspicuous manner (e.g., bright tape visible around the stock or holster). The use of an area clearly marked as “off limits” and with assigned armed personnel to secure weapons in a container, vehicle, or other security area is acceptable and should be consistent with host jurisdiction weapons security policies.

As a Training Officer, it is drilled into us during our Train the Trainer courses the importance of safety.  This lesson is often followed up with a video from a training somewhere in which a weapon was thought to be safe and someone was shot with the ‘safe’ weapon.  It is important that weapons of any type be secured and out of the exercise area to prevent any chance of an officer mistaking a safe weapon with a real weapon.

I have seen plenty of videos from news stories of Law Enforcement Officers at a school using a starter pistol during an Active Threat Exercise so the participants can learn to recognize both the sound and smell of gunfire.  Although I question the practice of this during the school day with students present, my real issue is the officer conducting the event and the officers on scene all had their duty weapons present and they were not rendered safe for the exercise.  When we do these types of exercises at schools, healthcare facilities and businesses, all officers in the area have secured all weapons and ammunition outside of the exercise area.  If blue/red guns are not available, all ammunition has been removed and the weapons are corded with something that will go through the barrel and ejection port that clear indicates the weapon has been cleared, inspected, and inoperable during the exercise.  For the safety of the Law Enforcement Officers and participants, Law Enforcement Officers are armed outside of the exercise to provide security.

Most organizations lack the time and funding for exercises. Some organizations are reluctant to conduct exercise because of a perceived liability. This perception is reinforced when an incident happens because HSEEP rules for weapons were not followed.

Let’s be careful out there.